Positive Futures has called for immediate action to end to the practice of keeping people with an intellectual disability or autism in secure hospitals, often many miles from home.

In the meantime, it says, the use of physical restraint must be curbed so that it is an absolute last resort.

Our Chief Executive, Agnes Lunny, said a Panorama investigation into abuse of patients at Worlton Hall hospital in Durham had moved her to tears.

“I found it hard to believe that this was happening in the UK in 2019,” she said. “People with a learning disability and autism were being treated as less than human in a shockingly cruel environment.

“But the saddest thing of all is that society – and decision–makers – only react to this when they see it on TV. We need the speedy closure of these places and a transfer of resources so that people can be supported in the community. We were told after a similar investigation into Winterbourne View that the Government would take action. Precisely nothing has happened – in fact, the number of under 18s in inpatient care has almost doubled.

“We have also been promised that nobody would have to call Muckamore Abbey Hospital their home by the end of 2019. Nearly six months on, there is no evidence that this target will be met. People with a learning disability and autism have been the victims of broken promises for far too long.

“We also need to look at the use of physical restraint and put strict controls on it so that it can only be a last resort where people’s safety is seriously at risk. There needs to be a much greater emphasis on positive behaviour support. As Panorama demonstrated, increasing people’s agitation simply makes challenging behaviour worse.

“As an organisation, we support people with more complex needs than anything we witnessed on Panorama. It can be done, but it needs political will to transfer resources to the community.

“We know there are adults and young people from Northern Ireland living in these hospitals across the water. Imagine being so vulnerable and being that far away from your family. It needs to end. And it needs to end now.” 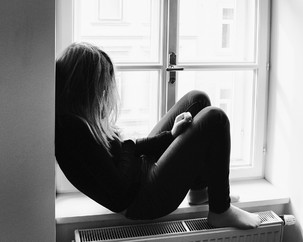