Positive Futures is the lead partner in a project aimed at developing the right support within the justice system for victims of sexual violence who have a learning disability. But how do we ensure that the people in question have their voices heard and listened to?That’s where peer project advocates come in. Project advocates are people who understand at first hand what it’s like to live with a learning disability. They are working in the 11 local authority areas in Northern Ireland and are leading and governing the JustUS project, which is gathering the data needed to improve the justice system and helping to develop guidelines for the authorities in how best to support victims.

Jackie is one of four project advocates. She explained the importance of the role and her reasons for taking it on.

“Sometimes people think people with learning disabilities are lesser than them, but I say that everybody has their rights. Everybody is equal. Nobody is higher and nobody is lower.
Nobody should treat you any differently. You can stand up for your rights and speak for yourself.”

Our partners in the DRILL–funded project include Nexus NI, Queen’s University, the Public Prosecution Service, the PSNI, the Family Planning Association and Compass Advocacy Network. This is a timely and much needed project which coincides with Sir John Gillen’s review of serious sexual offences in Northern Ireland.

The level of reported sexual offences is at its highest in Northern Ireland since recording began. Until now, however, none of the statutory agencies involved in the justice system had monitored the number of victims with a learning disability. 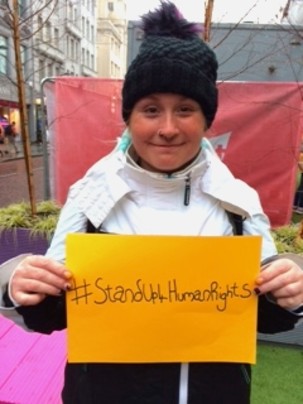