It’s International Day of Persons With A Disability and the theme this year is empowerment. To celebrate this Peter has kindly allowed us to tell his story.

At Positive Futures we always say our support changes people’s lives – but Peter’s story takes it into a whole different league.

When we first started supporting him in October 2017, Peter had a smoking habit that he wanted to break. With the help of his support worker he reduced the amount of cigarettes he smoked, before moving on to an e–cig and then gave up entirely.

Packing in tobacco was just the first step. Soon he had built up a busy programme of activities, including football, snooker, fishing, going to the gym and cinema and walking his dog, Max. His skill on the soccer pitch led to his involvement with Special Olympics football, for which he has won several individual awards. Now, he has the opportunity to captain his team as they enter the competition rounds for the Coca–Cola Cup 2019.

Along with his housemate, Peter travels to football training every Friday evening in Downpatrick and plays competitive matches each month. His enthusiasm, determination and bubbly personality, together with tailored support from Positive Futures, have given him a busy, fulfilling and active life.

All in all, he’s certainly managed to put the ball firmly in the back of the net. 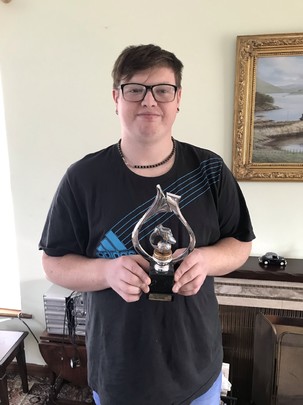