”We’re all friends together”

Earlier this year, we had the difficult task of saying goodbye to Brian Beattie, a dear friend who was supported by our East Coast Supported Living Service. Brian was 62 when he passed away. Only two years before that, Brian lost his twin brother Bruce, who was also supported by the Service.

Brian and Bruce were supported by Positive Futures to come to live in their own bungalow in Bangor in 1998. They had both been living in Muckamore Abbey Hospital for some time as their father had passed way when they were young and they lost their mother 16 years ago.

Brian and Bruce were such characters and were an important part of the lives of the staff and volunteers in the East Coast Service. Not wanting to ever forget their inspirational contribution, the staff team decided to install a memorial bench in the front garden of the Service’s office on Hamilton Road in Bangor.

Now, when anyone sits in the garden, they can remember Brian and Bruce fondly.

Brian took part in our 15th birthday publication and we’re glad to have this touching video and recording of him.

Pictured: Brian (with Santa hat) and Bruce; the memorial bench in the Service office garden 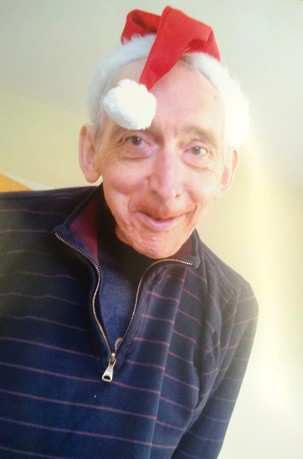 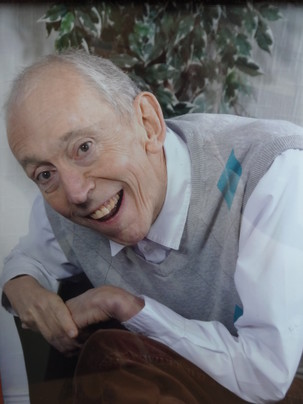 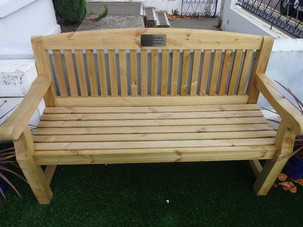 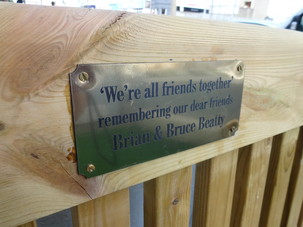