You can find out more about each of our Trustees below. 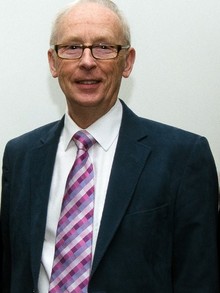 Alan began working in childcare in 1966 and was Director of Development with Barnardos when he retired in 1994. He was a founder member of Positive Futures and was Chair of our Board of Trustees from 1995 – 2005 before becoming President. 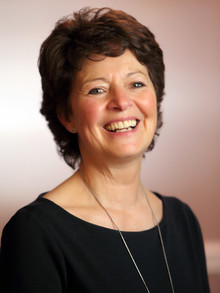 Helen is a well–known TV and radio broadcaster with the BBC, UTV and RTE. She has also worked in Youth Training, as a drama teacher and in arts administration. Her broadcasting background includes news and current affairs, documentary work, quiz programmes, gardening, rural affairs and natural history. After receiving an invitation to become a Positive Futures Trustee, Helen visited some of our Services, saw how we make a difference to people’s lives and was a Trustee from 1999 until 2015. In 2015, Helen assumed the position of Honorary Vice President. 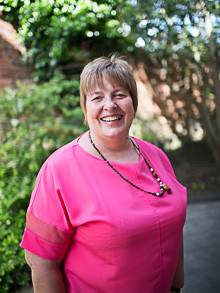 Miriam has worked in statutory sector learning disability services for many years. Trained as a speech and language therapist, she gained a Masters degree in the Management of Learning Disability Services at the University of Kent in 1990, going on to become Director of Learning Disability Services in Birmingham, a post that straddled the Primary Care Trust and Birmingham City Council. She returned to Northern Ireland as Director of Learning Disability Services with the North and West Belfast Trust, leading the development of community learning disability services in Belfast and at Muckamore Abbey Hospital. Miriam has a particular interest in the needs of people with complex, challenging behaviours and of people with communication difficulties. She has retired from her post in the Belfast Trust and is now working as a cognitive behavioural therapist. Miriam has been a Trustee since June 2011 and became Chair of the Board of Trustees in September 2015. 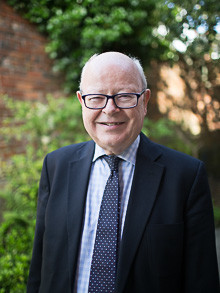 Peter has extensive experience of finance, corporate governance and risk management and in–depth knowledge of management and auditing procedures in the health and social care sectors. Before retiring, he was Controller, Internal Audit Services at the Beeches Management Centre, which provided management training and internal audit services to major health service organisations. Before this, he was Chief Internal Auditor for the Eastern Health and Social Services Board. Peter became a Positive Futures’ Trustee in September 2008. He serves as a Trustee to “give something back” and sees Positive Futures as an organisation that has an enlightened attitude towards its staff and “gets things done” in an efficient, caring manner.

John is a professionally qualified social worker who moved from Scotland to Northern Ireland in 2013.

During the course of his professional career in social work, John worked for a number of local authorities in Scotland, culminating with the post of Director of Social Work and statutory Chief Social Work Officer with Dumfries and Galloway Council from 2007 until his retirement from public service in 2013. After moving to Northern Ireland, John worked as an independent social worker and adviser to public bodies and not for profit organisations. He also served on the committee of the Northern Ireland Association of Social Workers from 2015 until 2017, when he retired from social work practice. His professional interests and expertise relate to supports and services for disabled adults, accounting for more than half of his social work career.

Between 1997 and 2016, John served as a trustee of a Scottish voluntary organisation which supports men and women with a learning disability to live independently with support in the community. 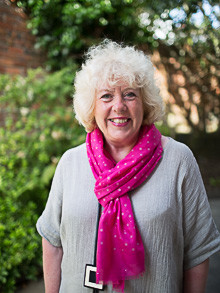 Mary is a Human Resources professional with over 23 years’ experience in HR management and leadership working in private sector businesses at local, regional and national levels.

She started her HR career after graduating from Queen’s University with an MBA. She joined Bombardier in 1991 and then was appointed as the HR Manager of a joint venture company, Shorts Missile Systems, in 1994. This company became wholly owned by the Thales Group in 2000. Mary has worked for Thales as a HR Director for 4 businesses in the UK and since 2010, at the corporate office in Surrey as the Director of Employee Development and Employee Relations. Three years ago, she decided to leave the commuter lifestyle and return to work in Northern Ireland. She is now a freelance HR consultant.

Mary is passionate about developing people to reach their potential and has worked as a lecturer in Further Education. She was also a volunteer for a local charitable organisation which supported the integration of able bodied children and children with a disability. She now has the time to contribute to a similar organisation and feels that our Mission and Values provides that opportunity. She has recently become more aware of the tremendous impact our staff and volunteers have on the lives of the people we support and feels privileged to have this opportunity to work with our staff team. 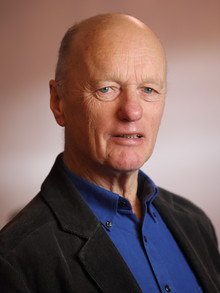 He spent his whole legal career in Cleaver Fulton Rankin Solicitors in Belfast, where he became joint senior partner, before retiring in 2005.He was President of the Northern Ireland Law Society in 1980. He served on a number of committees of the Society including the European Community Committee which involved him in travel in the Community.

He also served in the TA for a number of years.

For 20 years Patrick was a part time Chairman of Employment and Fair Employment Tribunals in Northern Ireland. He also serves on the National Appeals Panel, dealing with the location of Pharmacies. He has served on the Board of Reconnect, a charity working with people suffering from the results of head injuries, from very shortly after it was formed in 1991, with one short interruption. He was chair from 1996 to 2012
He is also involved in the Almshouse movement being chair of The Southwell Charity in Downpatrick. The Charity has a number of apartments for elderly and vulnerable people. 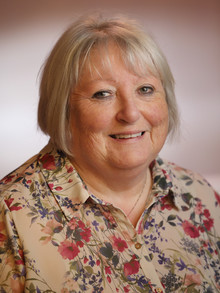 Gerardine Cunningham is a Social Worker who has 38 years’ experience working for the statutory sector. She has mainly worked within the field of Physical, Sensory and Brain Injury Services both as a practitioner and manager. She has carried responsibility for Education and Training in both social work and social care in one of the Health and Social Care Trusts.

She has spent 5 years as a regulator of social work education and training in the Northern Ireland Social Care Council and has worked closely with the social care sector as the Northern Ireland representative for the Sector Skills Council for social care. She completed her career in the DHSSPS as a professional advisor in the Office of Social Services. 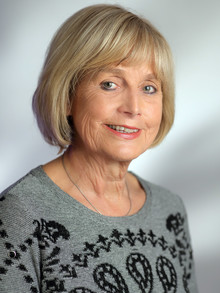 Anne has spent most of her working life in the voluntary sector mainly as Northern Ireland Schools Fundraising Manager for the NSPCC. The role which she held for 20 years entailed managing a team of schools’ fundraisers who gave awareness talks to over 30,000 children a year and also raised vital funds for the charity. NSPCC took over Childline in 2006 and Anne managed the Childline Scotland schools’ team as well. She became an ambassador for CEOP (child exploitation and online protection service) and worked in Jersey and the Isle of Man.

After her retirement from NSPCC in 2008 Anne was invited to join the Board of Reconnect ABI and became involved in the role as trustee. Reconnect was a small local charity helping over 65 people a week who had suffered an acquired brain injury.

In 2014 Anne finally retired and decided to channel all her energies into Reconnect having now become the Chair of the Board.

Anne is passionate about trying to make a difference for people who struggle with disabilities should it be Acquired Brain injury, learning or physical disability. She feels that everyone should be entitled to a full and happy life and tries to play her part in making this happen. 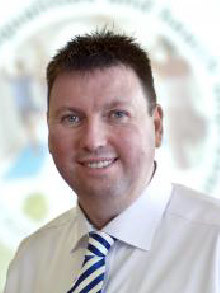 Laurence has been a Lecturer within the School of Nursing, University of Ulster from 2002 until 2013. In October 2013, he became President of the Royal Society of Medicine Intellectual Disability Forum. In November 2013, he became Chair of the Health SIRG of IASSIDD. He sits on the Board of Directors for other charities for people with learning disabilities. 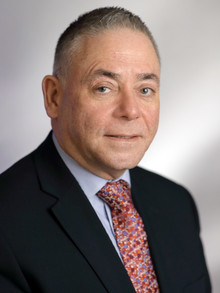 Austin Treacy joined the Northern Ireland Prison Service in 1977 as an Officer.

He has served in Belfast, Maze, Hydebank Wood, Prison Service Headquarters, Magilligan and at Maghaberry.  He was promoted to Deputy Governor, Maghaberry in February 2005, transferring to Hydebank Wood as Governing Governor on 30 July 2007.  He returned to Maghaberry in June 2010.  In April 2014 he was appointed Governing Governor of HBW Young Offenders Centre and Female Prison.  He transitioned this establishment to the UK’s first Secure College.  He was awarded the UK Civil Service Inspirational Leadership Award in 2016, and awarded an OBE for Community Safety in 2017.

He was appointed to Director of Prisons in 2017 and is responsible for all Prison Operations, including infrastructure and ICT.

Austin’s professional interests include resettlement, offence reduction work and working with families and children of offenders, and the impact of separation on children with a parent in custody.

He has developed a case management system for Safer Custody and has an active interest in educational under–achievement, including adverse childhood experience, personality disorders, ADHD and Autistic Spectrum Disorders within the prison population.

He is leading the management development of the Prison Service and is responsible for leading a Business Development Culture.  He is currently leading the Service in digitalisation, and many projects are at the cutting edge of innovation in the custody field.

He is a member of Common Purpose Northern Ireland Advisory Committee.

He is married with two children.  His hobbies include Scouting, walking and restoring old vehicles. 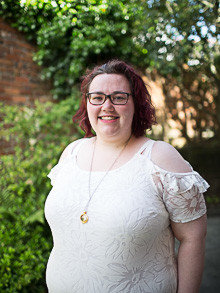 Carol Workman grew up on a farm near Ballymoney, in County Antrim. A lifelong love of buildings, the environment and design led her to study Architecture at Queen’s University Belfast. She graduated in 2013 with a BSc in Architecture.

Carol is a volunteer with Pets as Therapy and local Northern Ireland charity, Crosskennan Lane Animal Sanctuary where she assists with grant support and public events.

Carol was diagnosed with Autism in March 2016 and has since felt a strong desire to promote, aid and improve the understanding of the autism spectrum in Northern Ireland.

She is a firm believer in animal therapies and has said “the animals saved my life”.

She has strong views and difficulties with social situations and norms. She has a deep desire to know everything and has been known to become fanatic about topics. Her family say her most used phrase is “just one question”.

She wants to change the world, she just needs a little direction!

Find out what services

we have available today